Like it or not, the 2019 season will be upon us like flies on shit. Starting with Spring Training in Arizona then continuing with summer and early fall training in Seattle. The starting rotation will be just that. Plan on rotating pitchers as well as position players until they find enough untalented chumps with low self esteem to fill out Waste Management Homeless Park.

On the brighter side, Fan Appreciation Daze will commence on opening day and continue to there’s no more fans to appreciate. An unidentifiable contact inside the club house has informed us that Jen Bueller i.e. Dirty Dancer will be giving lap dances to all unsuspecting season ticket holders that were duped into renewing. All concession stands are preparing to be renamed “already conceded” in early June as the M’s fall behind the AL West by 20 games. New menu items will include free high-ball drinks with every order of Prozac Fries.

All  mezzanine and 3rd level seating will be sublet out to King County Detention for torturing the worst repeat offenders until the Governor declares 9 innings of Mariner baseball cruel and unusual punishment. Expect his bitch Fergy to litigate in a 10 run mercy rule to limit all future bloodbaths to 5 innings.

Press leaks from management indicate new exciting gimmicks from the grounds crew during the 3rd inning stretch (mercy rule games) where they’re planning to drag the field with the Mariner’s starting/losing pitcher.

“Remember 2017” will be a catch phrase used to commemorate the season where the M’s blew their entire wad before the Allstar break BUT, can point to a brief moment they lead the West! Other anticipated changes will include replacing the postgame Gatorade bath with gasoline and matches given to the pissed off fan that stayed to the last out.

Last and least is that Brad Goldsmith will be the face, voice and hair of the new team as Sims, Blow and Dreyer have already jumped ship. Rizzy has reportedly dumped molten bronze on himself sitting next to the Niehaus monument with his head on Dave’s shoulder.

View all posts by alkiyachtclub 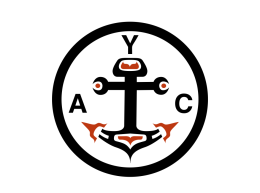